You are here: Home / How To / How to Tell If Someone Blocked You on Snapchat

Like many social media apps or those that are used for communicating and socializing, Snapchat has features where users can moderate their friends. The term friends aren’t like you would know the other friend in real life.

They are simply a list of people that you can communicate and socialize with. That being said, Snapchat also has a feature where you can remove or block friends. You need to know how to tell if someone blocked you on Snapchat because you wouldn’t want to be left out.

The Difference Between Blocked and Removed

When it comes to being blocked, you are not only removed from the friend’s list, you will no longer see the user that blocked you. For example, let’s say the user’s name is PINK PIE. If PINK PIE blocked you, the user would no longer appear on your friends list.

This means that you can’t find PINK PIE on the user search option because you are blocked. You can no longer see the content of PINK PIE, and you can no longer add them again.

Why you could get blocked

Before you can get blocked, there should be a plethora of reasons as to why. Based on the image above, you can see the reasons as to why people can block you. This means that you have to do your part and avoid doing any of these things.

A lot of the most common reasons would be harassment, or the person is just lewd. Some users that wouldn’t like that so if you do those things, then you can get blocked. There are also times where the user just feels like blocking you for no reason, and that’s bad.

How to find out you’re blocked

How you may get unblocked

It can be challenging to get yourself unblocked because there isn’t an appeal on Snapchat where you can ask them to unlock you. If that happens, the user can just block you again.

If there is another means of contacting the user that blocked you, then you can place an appeal to the person.

Your only other choice is to make another account and add that user to your friend’s list without letting them know who you are and you can avoid getting blocked again.

The best way to not get blocked is just to behave yourself. Just follow the user and view their content without giving them any sign of being inappropriate so that you don’t get blocked in the process.

You may be interested in these posts from the same category.
Previous Post: « How To Stop Buffering On Firestick
Next Post: How to Reset a Firestick using Remote or Fire TV App »

How To Change The Wallpaper On Chromebook
How To Allow Pop-Ups On Chrome
Kodi Exodus Is Not Working? Here’s How To Fix
How to Reset a Firestick using Remote or Fire TV App
How To Stop Buffering On Firestick
What Does Disk is Full Mean On Snapchat? 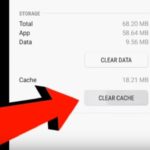 Instagram App Keeps Crashing On Android? Here’s How To Fix It 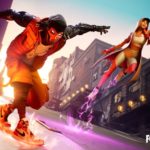 How to Get Fortnite on Chromebook: A Step-By-Step Guide 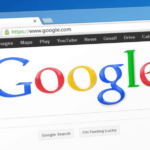 Here’s How To Update Google Chrome